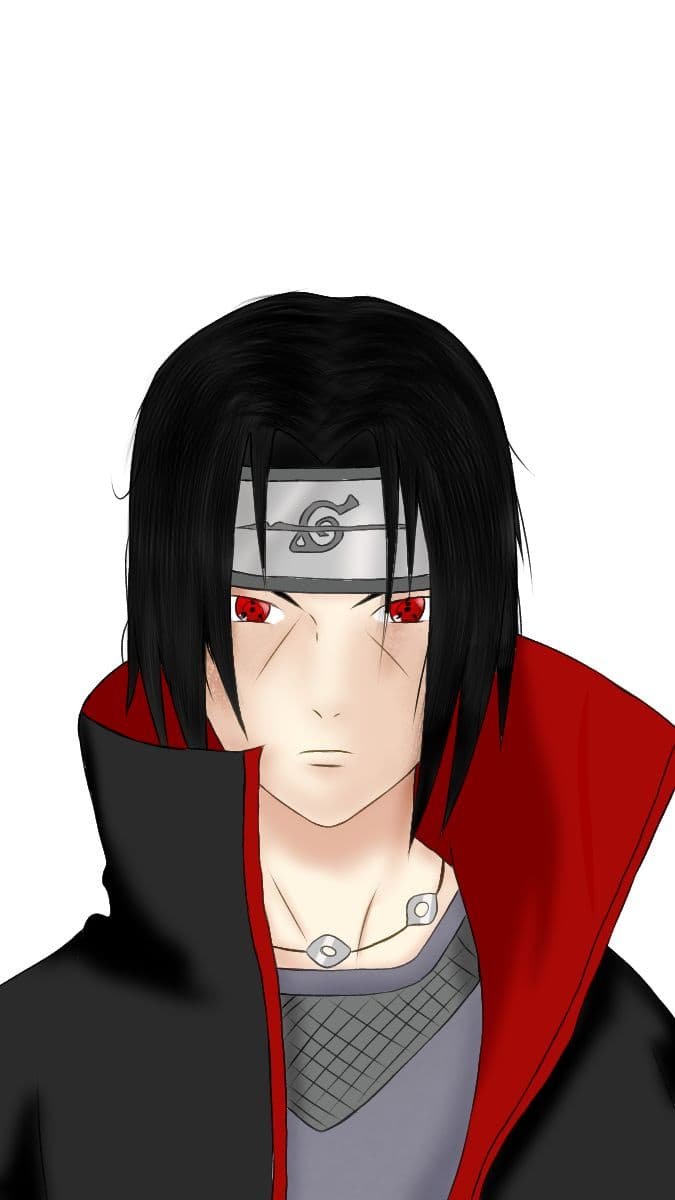 How to Draw Itachi Uchiha.

Itachi Uchiha is an embodiment of conflict and a man who is destined to shoulder the weight of a lifetime worth of sorrow with the reputation of a betrayer and a murderer even long after his death. The character composition is so genius that even the readers/viewers could not predict the bigger picture Kishimoto Sensei had prepared, until after the truth was actually revealed. The said picture left generations of fans speechless and with undying love and respect for Itachi, including us. Although there are multiple characters in the whole of Naruto franchise who are given some traumatizing past stories and the stories of strength and sacrifices, which compared to Itachi's fate, kind of fade away. Itachi Uchiha's life and Itachi Uchiha's death is something of such a tragedy that, as hardcore fans of this masterpiece, we will never get over. How about you? Let us know your thoughts in the comments.

ITACHI UCHIHA'S CHILDHOOD :  Born to Mikoto and Fugaku Uchiha as their first child, Itachi has always been an intelligent, calm and humble child. Although at the age of only 4, he was destined to witness the horrors of the Third great Ninja War which left him traumatized and turned him into a pacifist. At the age of 5, Itachi became the big brother to Sasuke and often left home alone to look after him when his parents went on to the war as soldiers. This is when he came across a big brother like best friend, Shisui Uchiha, who accompanied Itachi through a lot of his tough times and took care of him and taught him amazing things. At the age of 6, Itachi enrolled in the Academy where he flourished as a fine Shinobi surpassing everyone of his age and even older students. Itachi joined the ANBU Black Ops at the age of 11 and was promoted to be the ANBU Captain when he was only 12. During this time, He realized that peace could not be achieved unless he betrayed the Uchiha clan and while Shisui had his plan to use his Kotoamatsukami on Uchiha people to make them agree with Konoha, he was robbed off of his Sharingan by an evil village leader Danzo, so he entrusted his remaining Sharingan to Itachi and committed suicide. Shisui's death awakened the Mangekyo Sharingan in Itachi.WHY DID ITACHI KILL THE UCHIHA CLAN? - a question that is as haunting, as it is tragic

An answer to which, personally I've come up with, that, simply Itachi decided he had no other choice. Itachi was a man of sheer wit and intelligence. He saw that killing his own entire clan would definitely be the worst case scenario, however, it was a sacrifice he absolutely had to make in order to keep his loyalty for Konoha and to protect the village from the wrath of the Uchihas, very well knowing the fact that thereafter he would have to live the rest of his remaining lifetime and after, bearing the burden of the reputation of a murderer and an infamous villain, until his own brother Sasuke Uchiha murders him in the name of revenge when he becomes capable enough. His intelligence, loyalty and love for Konoha and his little brother Sasuke, is proved when Itachi Uchiha joins Akatsuki, an infamous villain organisation, the objective of which was to destroy the whole village, only to protect it from that very organisation and to never let a scratch come from them to Sasuke. And this whole scenario was so complex that we were oblivious to this fact the entire time, until we came to know the truth.

The first step to drawing Itachi requires you to draw a neat circle as the base of his facial structure.

Now you have to draw some straight lines like these, across the circle which will work as your guidelines to locate the positions of Itachi's eyes, nose and mouth.

Time to draw Itachi's face and his iconic signature long dark Uchiha hair. His luscious hair frames perfectly around his face and parted in the middle. Beneath the circle, continue outlining the face by enclosing a shape using a curved line.

Now you are ready to draw Itachi's headband which is an iconic Akatsuki initiated anti-Konoha headband which simply has the scratched out Konoha symbol.

Now draw Itachi's eyebrows and big slanted almond like eyes and wrinkled lines beneath each eye.

Time to draw Itachi's iconic Akatsuki cloak showing off his chest and collarbones as depicted in the picture.

STEP-9 : DRAWING SOME DETAILS AND ACCESSORIES

Now draw the details of Itachi's inner clothes and neck-piece.

Now you can outline your final drawing using a thick layer of any tool of your choice.